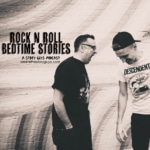 The guys take on a listener email looking into the effect a terrorist attack on American soil had on popular music and commerce. Which band was set to release controversial album art featuring the World Trade Center that day? What songs got played more in the aftermath? And what about that list of songs a certain radio company suggested should stop getting airplay?